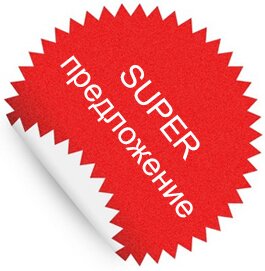 A video card is one of the most important components of a computer, which determines its performance in games and professional programs that are somehow related to graphics processing. Even for the correct display of video on the sites need at least some more or less modern graphics card.

The need to check the performance of the video card arises in cases where the quality of the adapter gets under question or on the condition that you have previously replaced it. Validation is required not only to detect any defects, but to evaluate performance opportunities.

The verification process itself can be divided conditionally into several types:

Software testing implies inspecting current performance and conducting stress tests, during which the performance of a video card under different load conditions will be measured. By analyzing the data obtained, you can determine how well the video card works.

Testing is recommended only when you have any grounds for this. For example, before installing some kind of hard game / program that requires resources of the computer's graphics core. Too often, running a stress test on a video card is not recommended, as this may adversely affect its performance in the future.

If you recently began to notice a significant drop in the performance of a video card and the fact that it has often become very hot, it is recommended that you first conduct a visual inspection for damage or contamination. It is recommended to resort to visual examination in the following cases:

These problems are not always associated with the video adapter. Often they can go along with it, for example, if the connectors, the screen itself, outdated drivers, etc., malfunction. In any case, it is recommended to check the video card for external damage.

In the case of a laptop, this will require parsing the case, which can be produced according to the following instructions:

With the help of specialized programs, you can view the characteristics of a video card, as well as perform primitive tests for its performance. Consider the interaction with the video card on the example of the program AIDA64. It has a relatively clear interface with support for the Russian language.

First you need to know the characteristics of the video card:

As an example, you can run a small test of the performance and performance of a video card, which is called “GPGU Test” :

If at the previous stages there were no problems in working with a video card, then you can perform in-depth testing. It is done more so that you can correctly calculate the potential of your video card when using heavy programs and / or during its overclocking.
To conduct stress tests, you need to use specialized software, for example, the FurMark program:

If you find any obvious problems during the stress test or a simple test described in method 2, it is recommended to view the status of the video card using the standard Windows utility:

On some sites, including the official resources of the manufacturers of video cards, you can find an offer to check your device online. Unfortunately, we shouldn’t expect adequate verification, because at best, you will be asked for the current model of the video card and compare it with the ability to run and the correct operation of some games. However, the video card is not only used in games, plus the fact that you know whether Fifa can go or not will not help in detecting problems with the device.

Based on this, it is best to use proven utilities for troubleshooting and testing video cards. Online services are not able to offer an adequate solution.